It's time to make yourself and our planet squeaky clean!

Ah, the bathroom. A sanctuary of relaxation, cleanliness and a retreat from the manic outside world. Yet bizarrely, the place we also poop and store some of our most toxic household chemicals! How weird is that...

It's also a haven for plastic. Those happy little tubs, tubes and bottles all lined up ready to biodegrade in 500 years time. So, the time has come to clean up our act on the planet, get the dirt out from behind its ears and play your part in switching to a sustainable future in the bathroom.

To help you out, here is a little list of sustainable products that you can switch to the next time you need to replace what you already have. I know, we're too kind - and yes, you're welcome.

Toilet Roll - Who Gives A Crap? 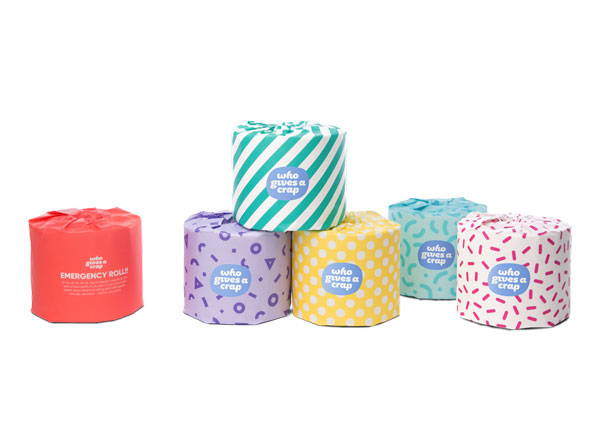 To be quite frank this could be made from baby trees from the middle of the amazon and we'd still be taken in by the branding. HOWEVER the good news is Who Gives A Crap are the exact opposite, indeed no-trees were harmed in the making of this toilet roll! *phew*

Instead Who Gives A Crap delivers the sexiest softest bog-roll direct to your door (of your house, not your bathroom...) and it's all made from recycled paper, yay! And comes packaged in paper rather than plastic, double yay!!

Who Gives A Crap are kindred spirits to this blog by stating their 3-ply rolls are "as soft as unicorn kisses and as strong as 1000 ponies". I mean if you're not sold on it already, I don't when you will be. 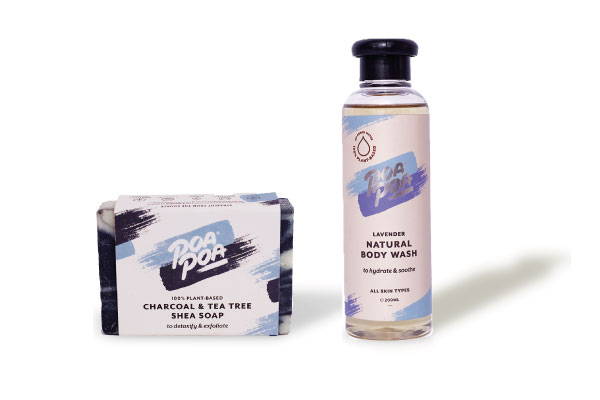 I can also verify that they are squeaky clean with all their ethical and sustainable practices as *full disclosure* I used to work for them!

It also means i've been a very happy product tester and am all-over their charcoal and tea-tree soap. It's a totally plastic free option to shower gel, that's made fairly in Ghana using a nourishing shea-butter base and works fantastically on my dry skin - even on areas of psoriasis where normal shower gels dry out and make well-itchy.

A bar will cost you £5.95 but lasted me a couple of months of daily use!

They're now stocked at Know The Origin too - check 'em out. 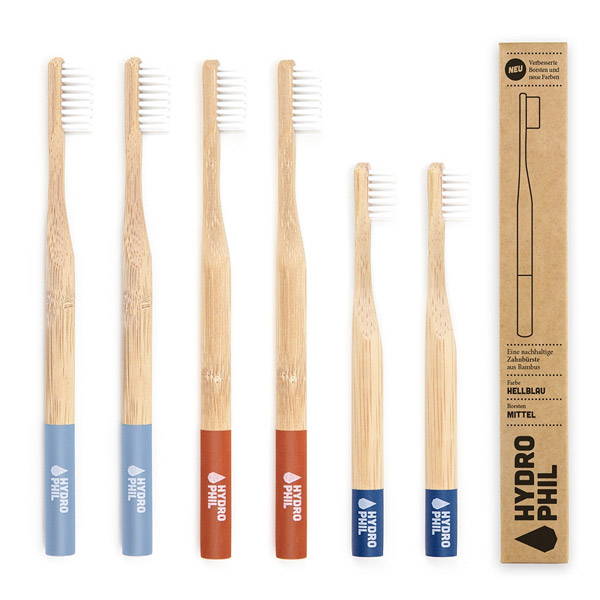 Bamboo toothbrushes. No, it's probably not going to brush your teeth quite as well as the Oral-B-Starship-Enterprise Smiley Dentist approved one. But it is going to get the job done, protect the planet from bucketloads of plastic abuse and only cost £3.99.

We like this Hydrophil one because it has a soft pale blue painted end to it. Sooo stylish, it's basically Veja's for your teeth. 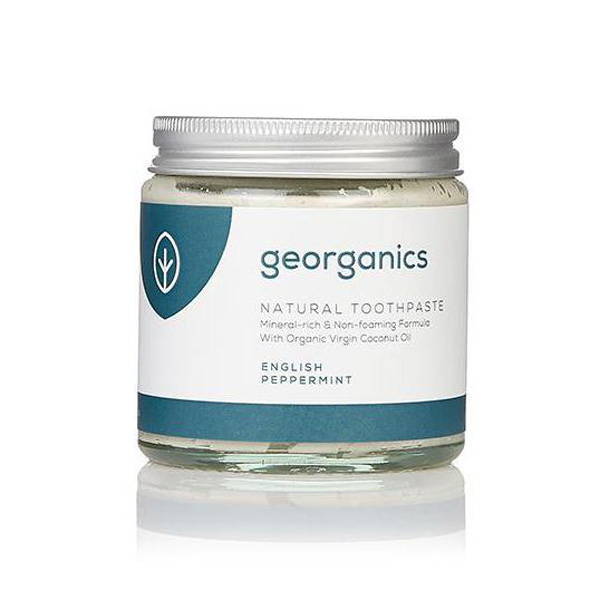 Ok, there's no easy way to say this. Toothpaste not out of a tube is weird AF.

You're not going to like it at first, the taste isn't going to be the same, it doesn't foam, there's a weird texture to it and it's a little dry...but...THINK OF THE PLANET.

I for one am a culprit here, I should do better with toothpaste and maybe even start to use this jar regularly, it's just so odd. It sits as a strange ornament in my Bathroom staring at me whilst I feel an overarching sense of guilt as I desperately squeeze out the last drop of Colgate Total.

However, if you are up to the challenge. If you look at yourself in the mirror and see a strange resemblance to a young David Attenborough with excellent dental hygiene. If you are willing to stick your bamboo toothbrush into a glass tub of something that doesn't look like toothpaste. Then you, you are our hero. 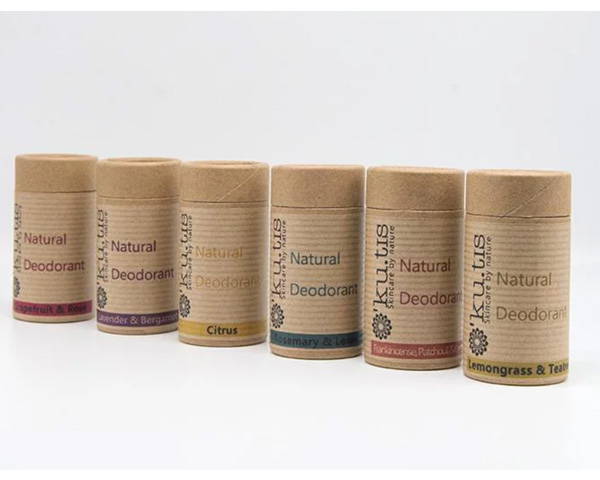 I openly admit i'm a sweaty guy. There's no changing it. Thank heavens the teenage years are a distant memory - but there's still no getting away from the fact that my Homeostasis is on another level.

Apparently I am a temperature regulating machine. If your boiler ever breaks down in winter, just have me sit in your living room for half an hour with a cup of tea and you'll be toasty warm.

Presumably an excellent bodily function for chasing deer in the baking sun as a caveman, but ultimately, annoying in 21st Century life. Without a shadow of doubt i'm destined for reincarnation as a heavily panting dog.

It does mean though I have been through pretty much every single deodorant in Boots. Including a weird paste that came with a foil lid and essentially blocked up every pore on my body. Very effective and very worrying at the time.

It was then with trepidation that I asked the nice lady at my local zero-waste store "are these natural deodorant things actually any good?". But, based on that one recommendation I started to use Kutis' Lemongrass and Tea-tree deodorant stick.

Seriously, this stuff works. Moreover it doesn't leave your underarms overly dry, or overly scratchy. And it smells really rather pleasant without being floral, especially for a guy who was used to spelling of 'Active Sport Blue' when it came to deodorant.

The stick is in a bio-degradable cardboard tube, it's made in Wales and a big stick lasts a couple of months. 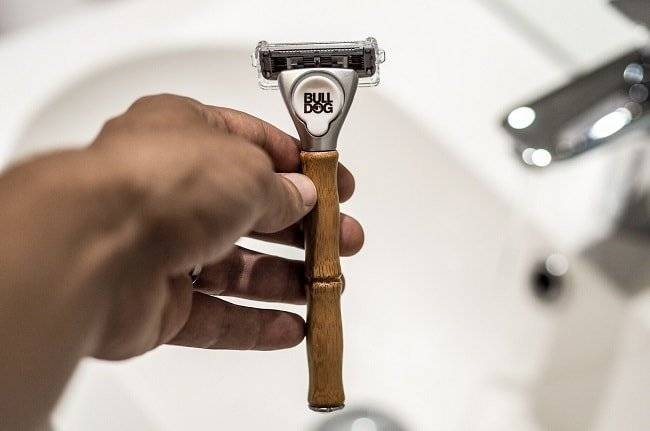 Back in the day everyone had those single bladed metal razors that looked like something only the Peaky Blinders would like to use. Fast forward a few centuries/decades and mankind discovered that putting a row of blades in a nice casing led to a much easier shave with less bleeding.

Big thumbs up for technological innovation there. The problem was in the midst of creating hyper-sexualised gender-stereotyping adverts to make sure you knew you were either 'I'm your Venus' or 'The best a man can get' - they stuck metal blades in a whole load of plastic.

Slowly though, we're looking to the past for inspiration for the future. The nice people at Bulldog have made metal encased cartridges with steel blades, on the end of a bamboo handle. They've left a soothing aloe-vera strip on the cartridge too for your normal glide and comfort.

For £8 they'll send you one in cardboard packaging and with a spare cartridge. 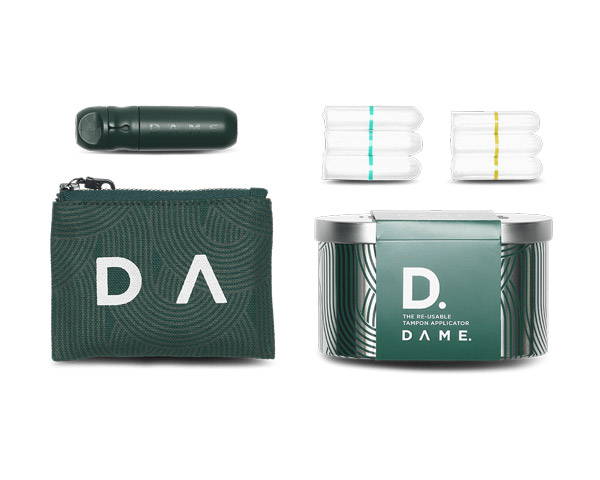 Full disclosure again, I am a bloke. I have no right to be talking about period products or offering any sort opinion. Not quite as clueless as spotty skinny Sam aged 14 was in a PSHE lesson, but let's get real here...zero experience of any of this.

But equally I thought it would be pretty stupid to not look into what's out on the market for sustainable periods - So below are some of the brands I looked into and you can go to the websites yourself and see what you think...if you'd like to write about this topic for us too then email me sam@goosestudios.co.uk

Also, if you're a guy reading this, go and have a read too. Not gunna lie, really quite eye-opening and I think it's good for everyone to educate themselves around what half the human population goes through regularly!

And that's your lot planet fans!

Hopefully you'll now only be getting your boots advantage card points from a cheeky meal-deal, rather than plastic-not-fantastic products.

We've got a comments section below, so if you have any sustainable bathroom faves, let everyone know there.

Whatever you're currently up to today, I hope it's going wonderfully - if you need any sustainable fashion essentials you know where to go (hint - it's in the main menu).